Home
News
Weather
Community Calendar
What's On?
About Us
The Bright Side
6 on 6
Proud To Be Local
Double Dollar Deals
1 of 2 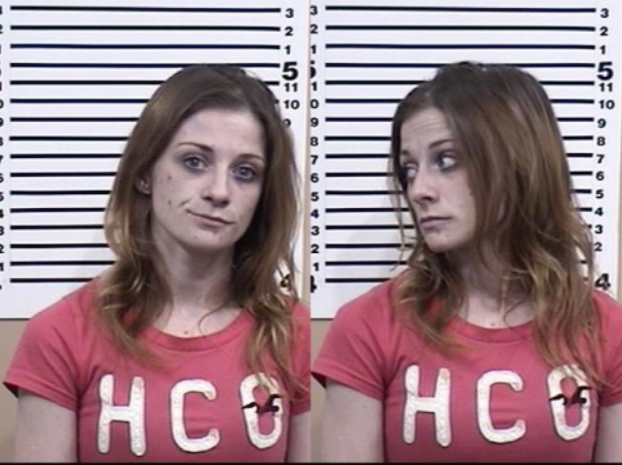 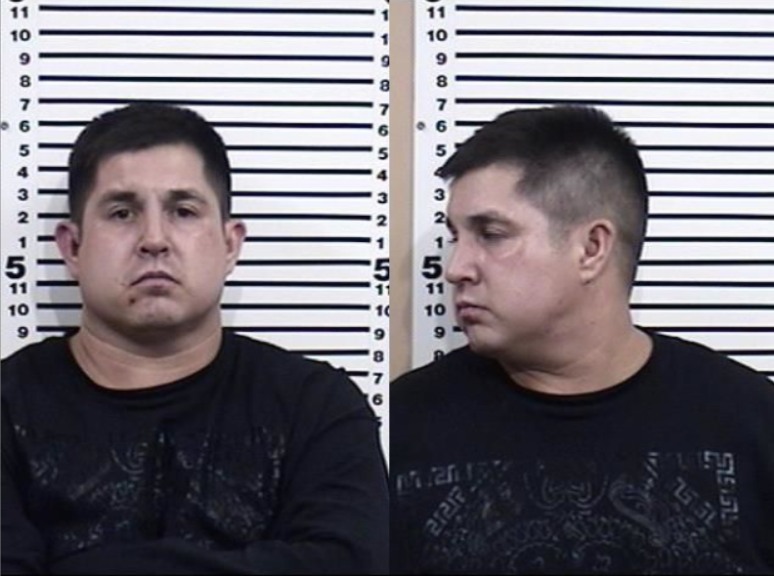 On October 9th, at approximately 5:45 p.m., an Idaho Falls Neighborhood Police Officer was patrolling in the area of J and Lake Street and observed a vehicle fail to properly signal before leaving the roadway. The Officer subsequently performed a traffic stop on the vehicle, which resulted in felony drug arrests for two people and the seizure of approximately 84 grams of methamphetamine.

After witnessing the failure to signal, the Officer initiated his overhead lights and stopped the vehicle. The Officer made contact with the occupants of the vehicle who immediately appeared to be visibly nervous. The driver of the vehicle was identified as Ciara Holm, a 27 year old female Idaho Falls resident, and the passenger was identified as Nori Hankins, a 35 year old male Idaho Falls resident.

While verifying their identities and vehicle registration, the officer observed Hankins making furtive movements, reaching around the vehicle, and looking to see if the officer was watching. Without knowing what Hankins was doing, this was a cause for concern. Hankins was asked to stop those movements and a second arriving officer was designated to watch Hankins’ movements.

Due to their behavior and information from Hankins’ and Holm’s records that indicated prior drug use, and the officer called for a narcotics K-9.

Prior to the K9’s arrival, the officer asked the driver, Holm, to step out of the vehicle to speak with him. The officer told Holm that a K9 Officer was enroute and offered to have Holm wait in the officer’s patrol car to stay warm rather than outside, which she agreed to.

Officers then asked Hankins to exit the vehicle, which he did abruptly with unpredictable movements. Officers were able to see two pipes commonly used to smoke methamphetamine protruding from Hankins’ pocket. Hankins’ was detained at this time.

The officer then went back to the patrol vehicle to speak with Holm, and told her that Hankins’ had drug paraphernalia on him and asked if there was anything illegal in the vehicle. Holm stated that there was, including paraphernalia and a small amount of heroin. At this time, Holm was also detained.

A search was conducted of the vehicle which yielded various paraphernalia and a small plastic baggie containing a brown and tarry substance identified as .08 grams of heroin. On the passenger side of the vehicle a black case was found under the seat that contained several baggies of a white crystal substance identified as 83.8 grams of methamphetamine.

In light of tonight’s decision by Judge B. Lynn Winmill, U.S. Courts, District of Idaho, Idaho’s deadline for the return of a request for absentee ballot to the respective county clerks of Idaho has been extended to May 26, 2020 at 8 p.m. Read more

Local seniors get a cap and gown parade and two ladies are boosting the spirits in the Teton Valley. Read more

Today the community honored fallen Deputy Wyatt Maser. Hundreds, if not thousands, of people participated in Deputy Maser's funeral services throughout the day. Some of those supporting the deputy came from far away. Read more

As Memorial Day weekend approaches, the Idaho Transportation Department is expecting an increase in drivers on the road. Read more

The opening ceremony for the annual Idaho Field of Heroes took place Friday morning but it looked different this year. Read more

A dry and warm trend is on the way for us, leading to a nice Memorial Day.

The City of Idaho Falls is offering relief for those struggling to pay utilities. Read more

A local community came together to celebrate 2020 graduating seniors with a parade. Read more

Chubbuck is Asking for your Help with New Activity Map

The city of Chubbuck is asking for your help by sending in your pictures for an interactive activity map. Read more

The City of Idaho Falls is offering relief for those struggling to pay utilities. Read more

A local community came together to celebrate 2020 graduating seniors with a parade. Read more

Chubbuck is Asking for your Help with New Activity Map

The city of Chubbuck is asking for your help by sending in your pictures for an interactive activity map. Read more

Success! An email has been sent to with a link to confirm list signup.

Error! There was an error processing your request.